Here we present the rainfall figures from India Meteorological Department in the just concluded month of June 2020, the first month of SW Monsoon 2020. The overall rainfall at all India level in June 2020 was 196.2 mm, 18% above normal rainfall in the month at 166.9 mm. It was 33% deficit last year.

This is India’s wettest June 12 years, The Times of India reported on July 1, 2020. Agriculture Ministry Data shows that sowing is 68% higher at 31.56 m ha. The June rainfall was 202 mm in 2008, the rainfall this year is the highest since then. All four IMD regions (Northwest, Central, South, East & NE) have recorded surplus rainfall, the surplus is the highest in Central (30.5% surplus) and E-NE (15.7%) regions. North West India had the lowest surplus at 3.5%. IMD Head Mrutyunjay Mohapatra said that whole of India was covered by monsoon on June 26, 12 days ahead of the normal date of July 8.

Sub Division wise Rainfall IMD divides the country into 36 meteorological sub divisions. In the sub division wise rainfall map below, we can see that four sub divisions had Large Excess (over 60% surplus): Rayalseema, W MP, Eastern UP and Bihar. 10 had Excess, 16 had Normal and 6 had deficit rainfall. 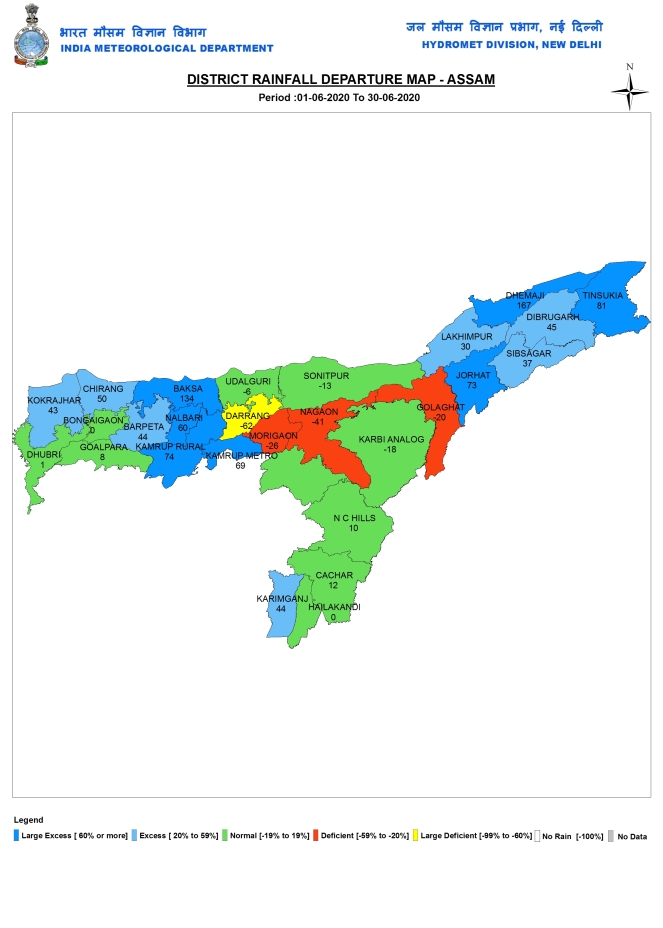 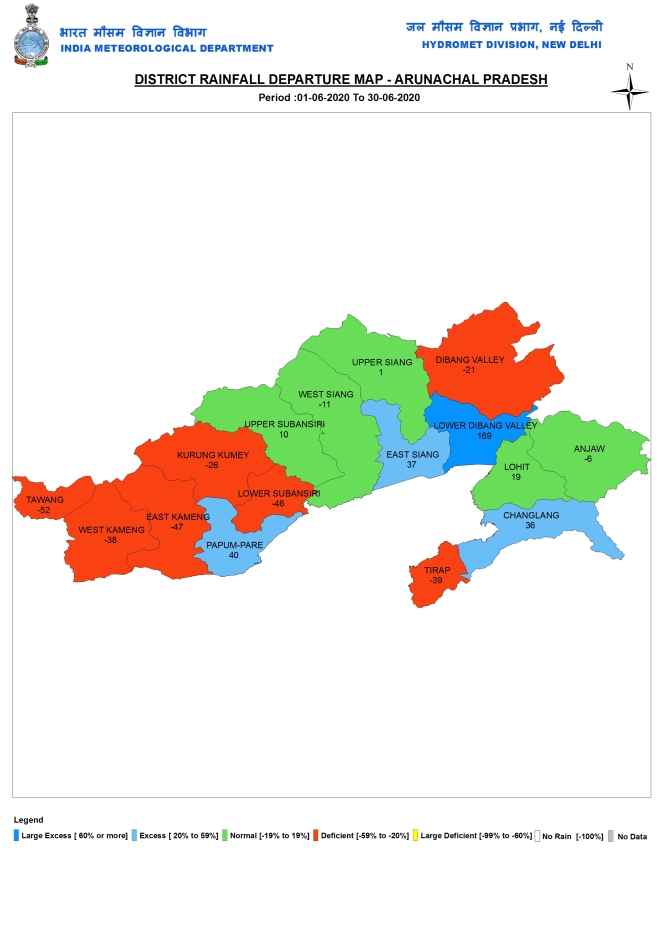 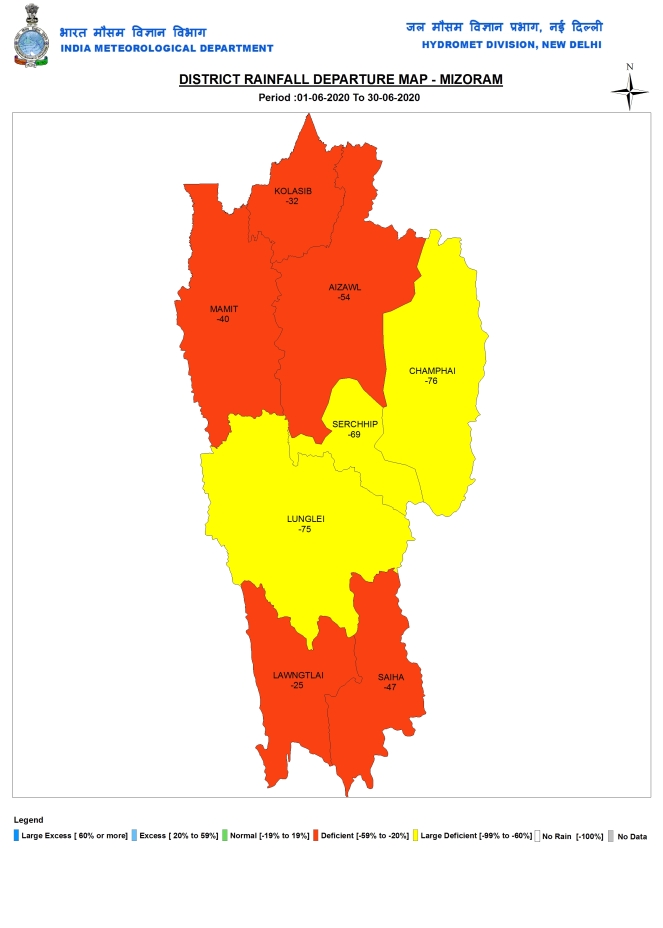 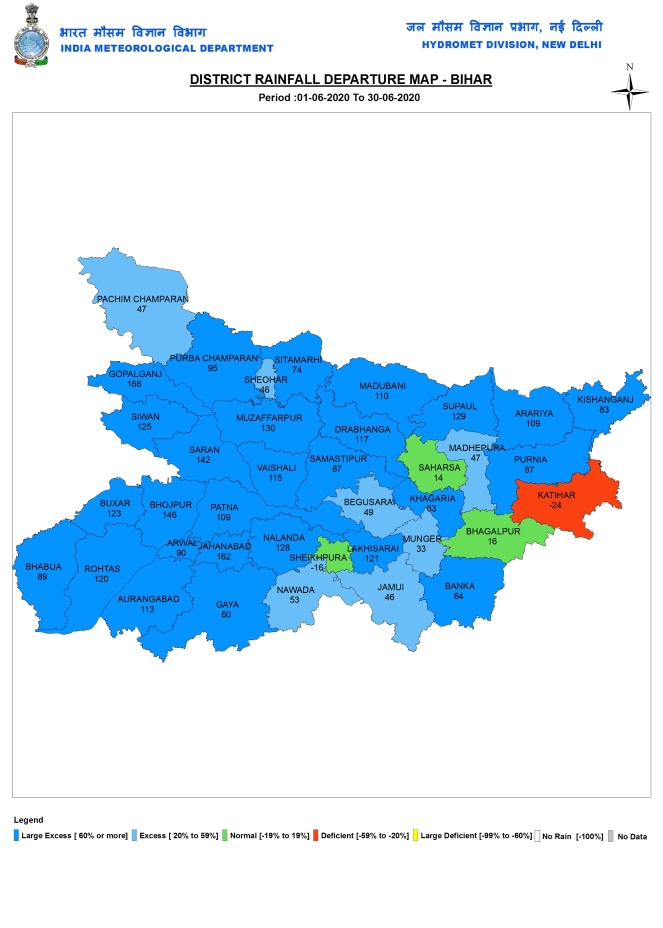 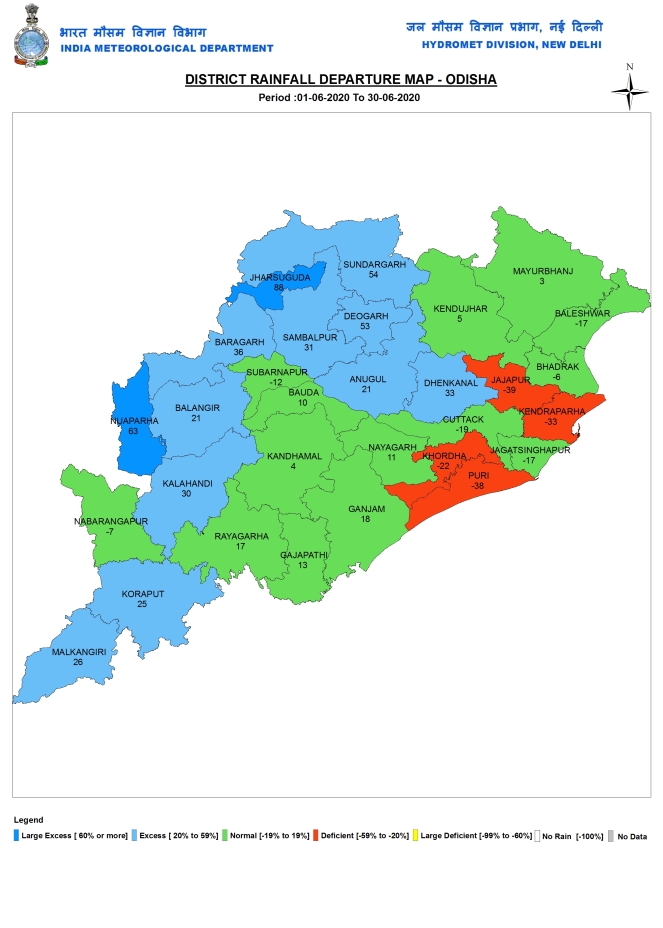 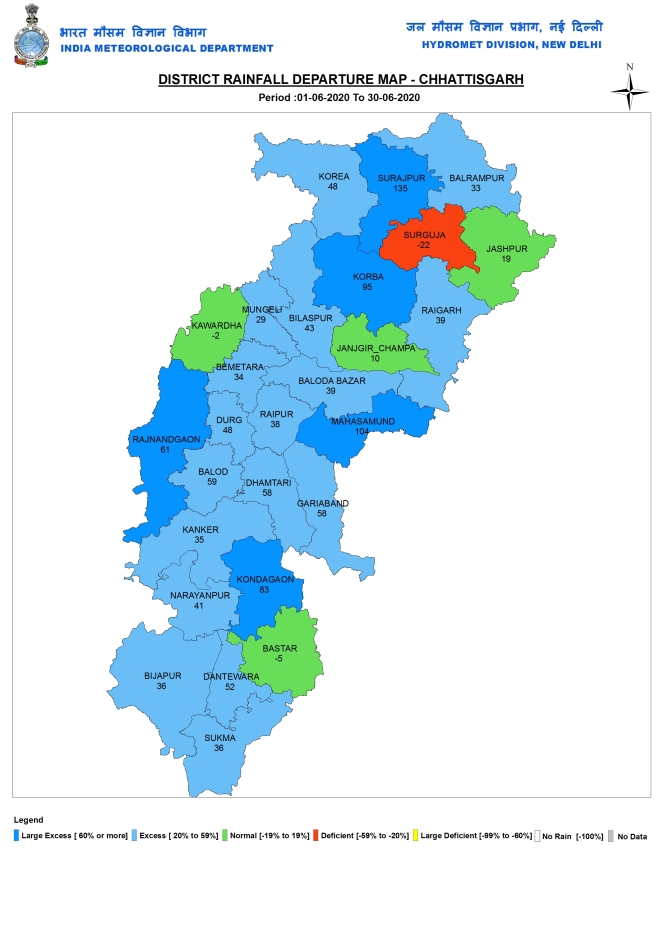 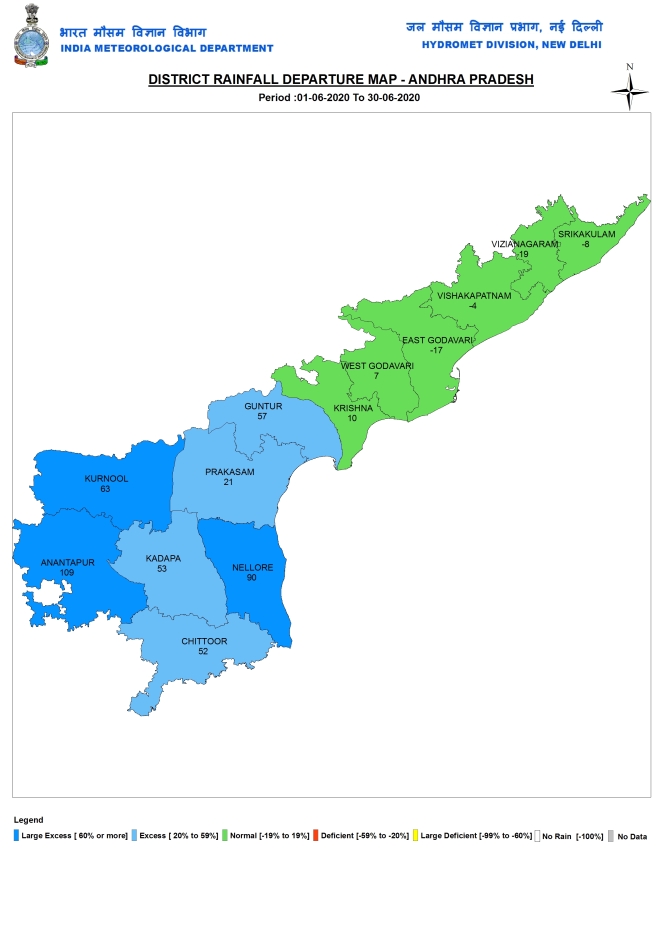 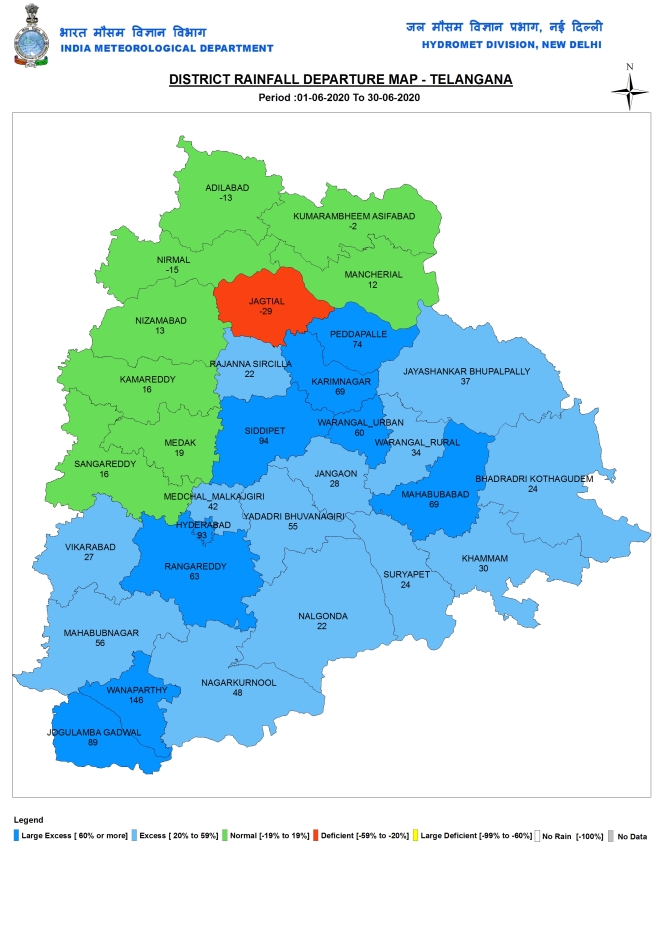 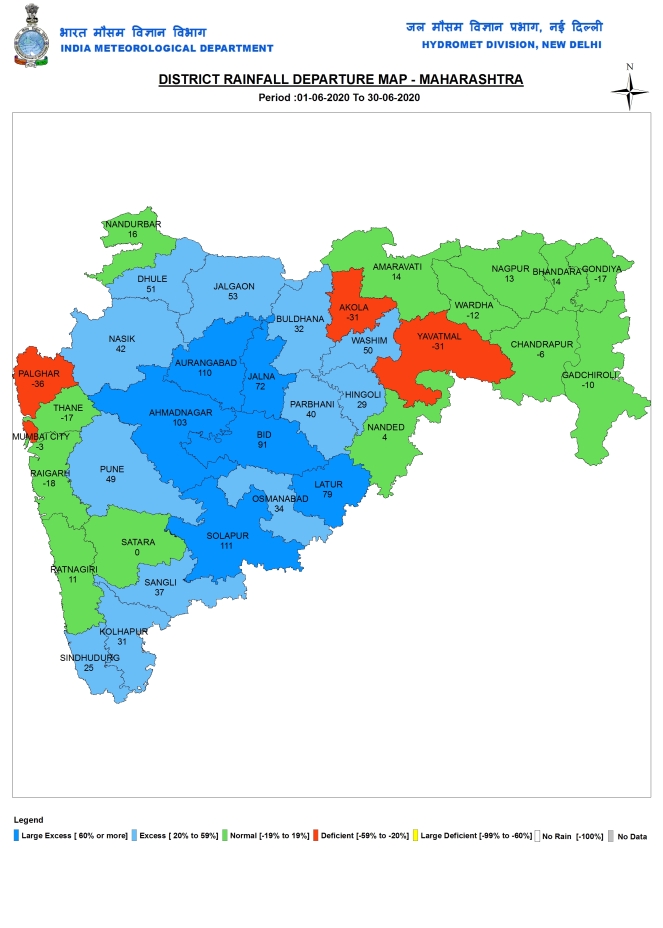 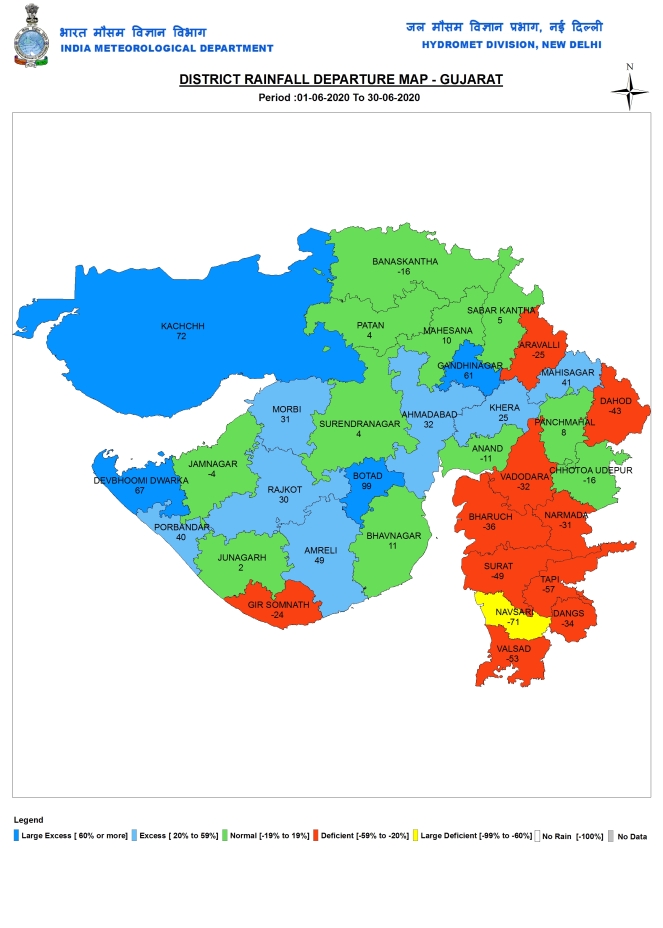 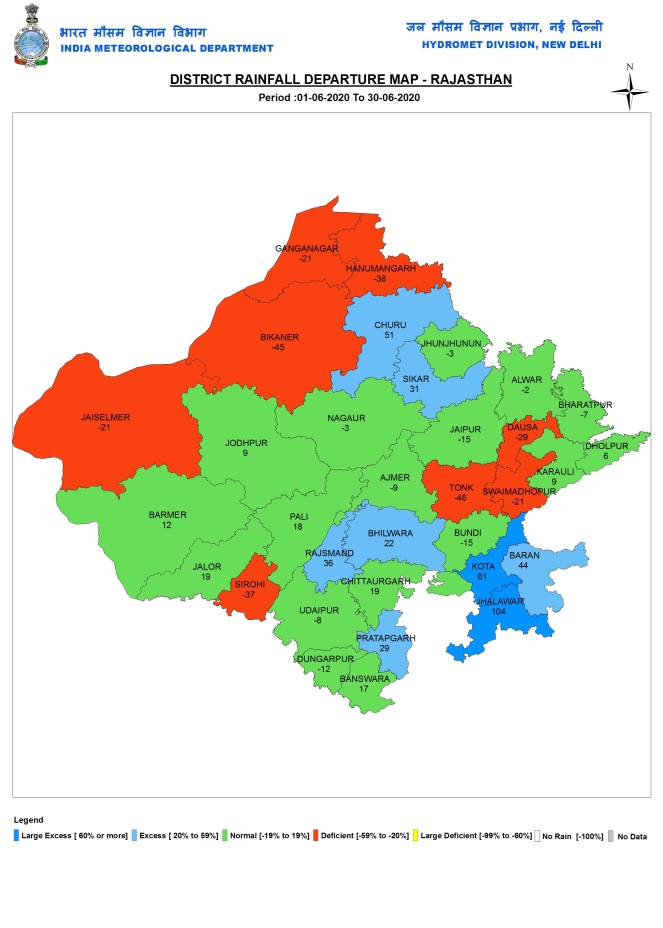 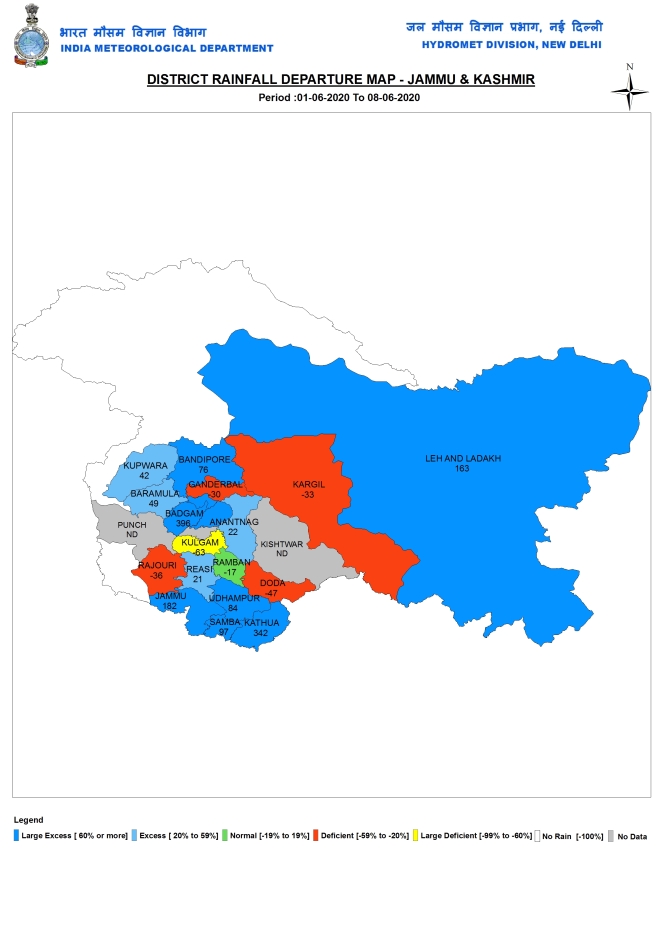 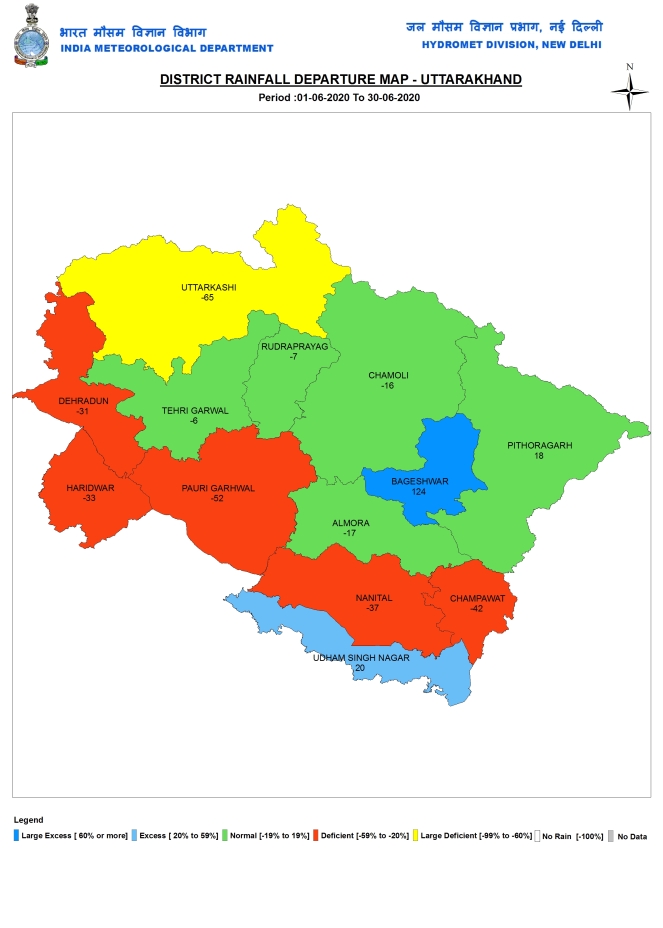 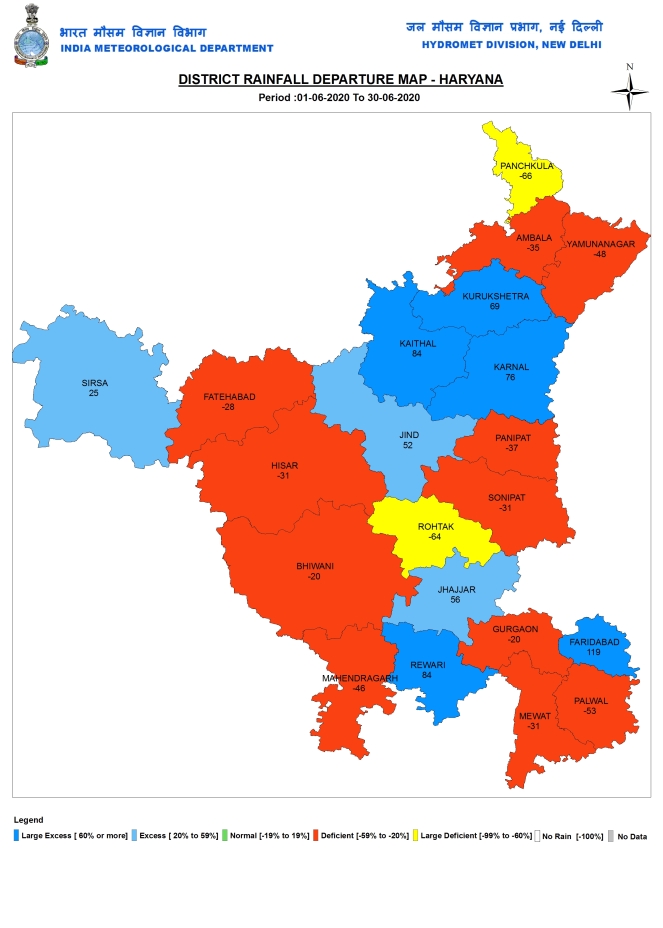 Delhi Northwest Delhi district, has the highest deficit of 92%, the district where SANDRP is located, has had just 4 mm rainfall since June 1, one of the lowest across India. IMD declared that monsoon has set up in Delhi on June 25, but our area in Shalimar Bagh has not seen any rains since June 22 early hours. 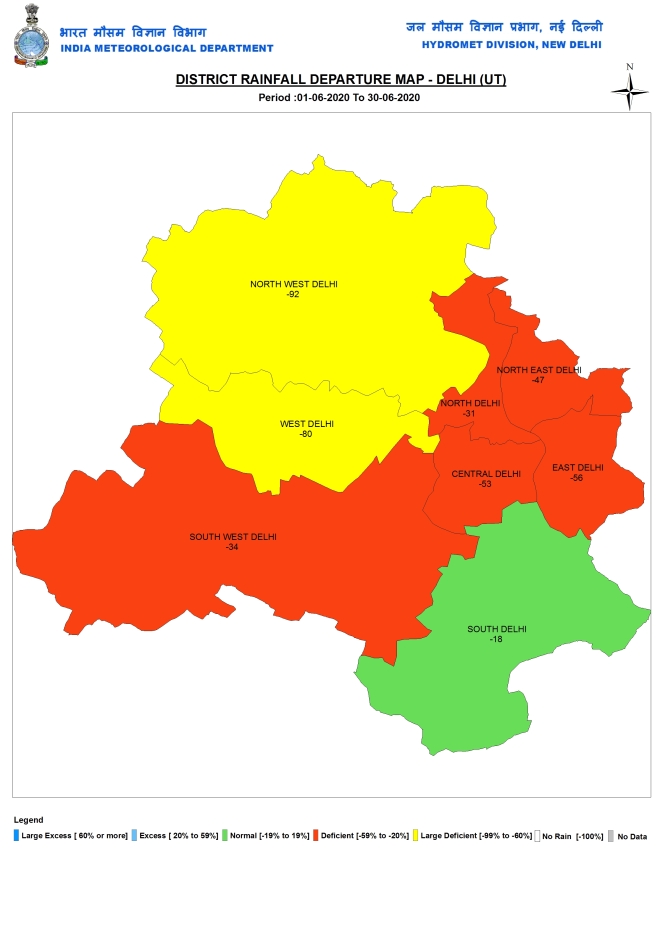