We the undersigned are deeply concerned about the recent decision of the Narmada Control Authority (NCA) to raise the height of the Sardar Sarovar dam by 16.76 metres taking the height to the designed final height of 138.68 metres. 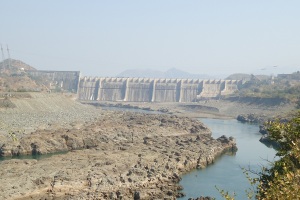 We think this decision of the NCA is unjustified and unwise. 1) It will cause huge additional displacement, when rehabilitation of the people affected even at the current height is incomplete. 2) As everybody agrees and experience has shown, even at current height, Gujarat is in a position to take the water stored to virtually any part of the designed command area, and can draw its share of water as per the Narmada Water Disputes Tribunal (NWDT) award. Moreover, it has been able to utilise only a small portion of the water available at current height. So there are no compelling reasons for raising the height on this count.

More importantly, the issues related to the dam have festered over more than 30 years of its troubled history because governments have tended to take a legalistic stand rather than initiate an inclusive dialogue on the substantive issues about the project amongst all concerned, particularly those adversely affected. We appeal to you to start such an inclusive process of reflection and dialogue to arrive at a broad social consensus on four critical issues about the Sardar Sarovar Project (SSP) as outlined below.

1. Height of the dam: What is the height of dam needed for Gujarat to utilise its share of Narmada waters and take water to all its designated command? As already mentioned above, Gujarat is in a position to take water anywhere in the designated command area. There are studies and alternatives which indicate that Gujarat may be able to utilise its share of Narmada waters at current height and no further height increase may be required on this count. Doing away with the installation of the 16.8 meter high gates does not have any structural implications for the dam. So far as power generation is concerned, major power benefit is transitional, falling off as the states utilise their share of water and final residual power benefit is small. Moreover, even today, as per Central Electricity Authority (CEA) figures, at current height SSP generated 5,882 Million Units of Power in 2013-14, which is more than what SSP was envisaged to generate. The biggest beneficiary of power generated at SSP is Madhya Pradesh, but it forms a small percentage of its present power capacity and generation while virtually the entire brunt of massive displacement has to be borne by it. So, it may be optimal for Madhya Pradesh to trade off much of its transitional power benefit with the greatly reduced submergence and displacement with a dam at the current height. Thus there is a distinct possibility that optimal solutions exist at current height and they need to be explored.

2. Equitable distribution, sustainable use and participatory and efficient management of stored water: Given the ability to carry water to all parts of Gujarat at current height, it is more important to concentrate on issues of how water is used now. Criticism on these counts comes from some of the strongest proponents of the project. The project has been criticised, among other things, on account of gross underutilisation of the stored water, irrigation water not reaching the drought prone areas of Kachch, Saurashtra and North Gujarat, diversion of water for unplanned uses (for example, river front development, urban and industrial use south of Sabarmati), non existence of water users’ associations (WUAs) for most part of the command, lack of proper drainage in the command area, and inefficient and inequitable use.

3. Status of displacement and rehabilitation: There is a large gap in the perceptions and articulations of state and various groups and individuals including those from the adversely affected, both about the exact numbers involved as well as about the quality of rehabilitation. While the authorities have generally been claiming satisfactory rehabilitation, there is every indication that the rehabilitation even at current height falls quite short of what is legally required or what basic human justice demands. Since the submergence and displacement that would take place between 121.92 metres and 138.68 metres would be massive, there is every indication that effective rehabilitation would be intractable and virtually impossible. It becomes much more urgent to bridge this gap and come to a consensus on the actual extent and quality of rehabilitation already carried out before causing further massive displacement.

4. Environment and Climate Change: Environment and climate change issues that are important in the long run have not been given due attention. Downstream impacts of SSP on environment and livelihoods have not been properly assessed, environment-flows and requirements have not been studied and management plans have not been formulated or implemented. Climate change experts emphasise the importance to reevaluating the costs, benefits, impacts and optimality of projects and it is high time we initiated studies and discussion on these with respect to the SSP. If rejuvenation of rivers is to receive a central place in water resources development and the Narmada is to remain alive these issues need to be brought into discussion and resolved as soon as possible.

Good governance entails making socially and environmentally just decisions within a deliberative democratic framework and it is the lack of this that has resulted in three decades history of conflict and polarisation around SSP. We sincerely hope you will put us on a path of better governance, the professed aim of the new government, by revoking the decision to increase the height of the SSP from the current 121.92 m to 138.68 m and initiating a comprehensive dialogue on the substantive issues surrounding it.

2 thoughts on “Appeal to Government to revoke unjustified decision of increase in Sardar Sarovar Dam Height to 138.68 and Start Dialogue”