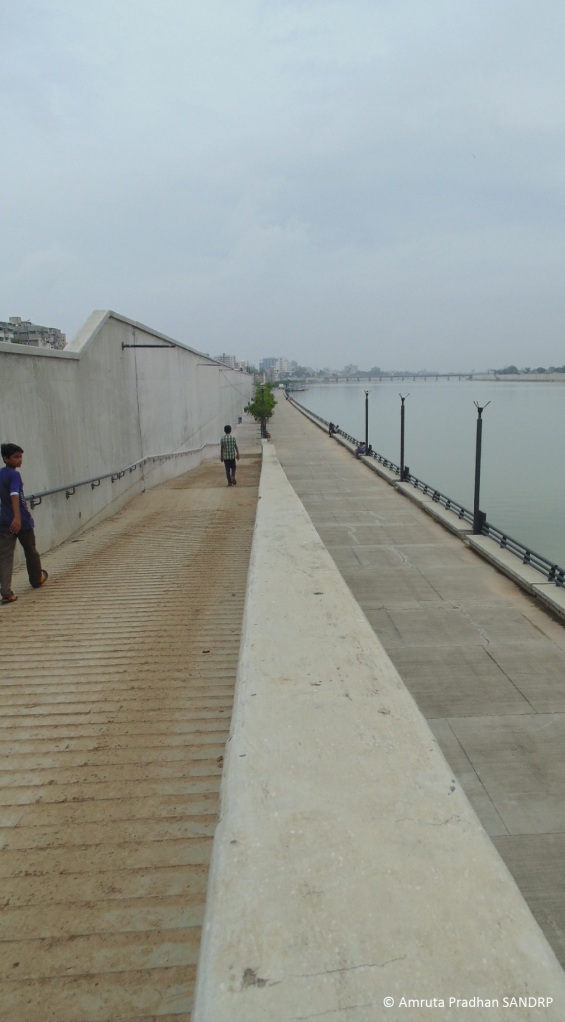 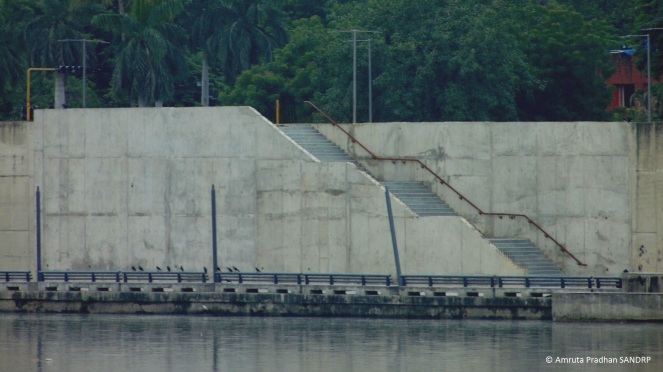 Concrete embankment walls of height 4 to 6 meters have been created for a stretch of 10.4 KM on both banks with walkways. 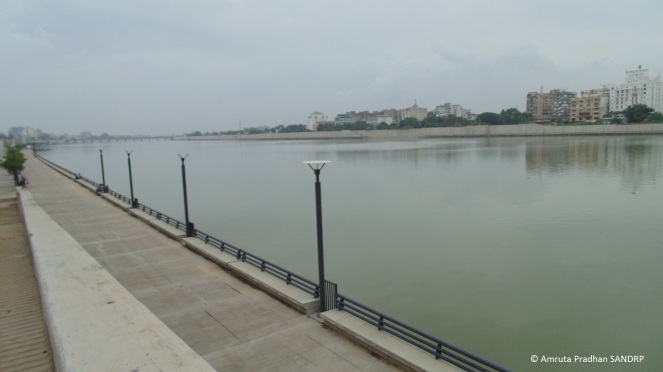 Width of Sabarmati channel is uniformly narrowed to 275 metres during the riverfront development project, when naturally average width of the channel was 382 metres and the narrowest cross-section was 330 metres.

The original character of the river is changed completely from a river to a canal.

The water that is impounded in Sabarmati Riverfront stretch is not Sabarmati river water, but Narmada River Water.

Water from Narmada canal is released in Sabarmati upstream of the Riverfront Project. 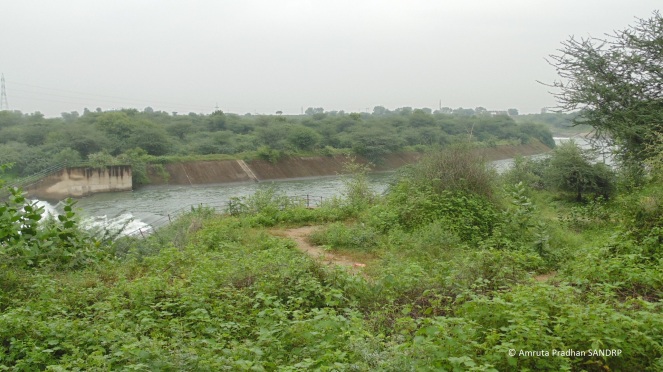 Sabarmati Riverfront Project has not resulted in cleaning of Sabarmati River. Instead the pollution from untreated sewage and industrial effluent has been diverted near the Vasna Barrage downstream of Riverfront project stretch. 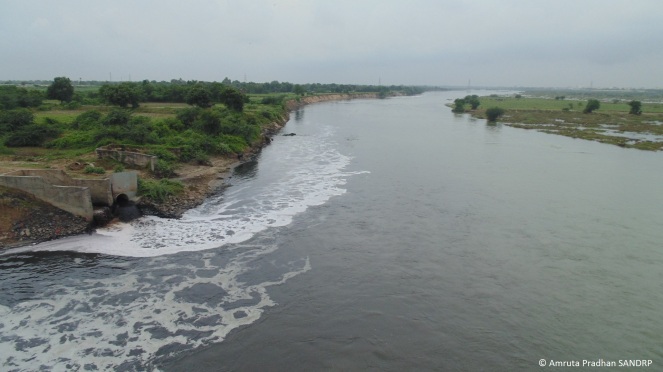 Even after the Riverfront Development Project, Water Quality of Sabarmati River downstream of the Vasna Barrage is extremely poor.

So can we see Sabarmati River rijuvenated or even cleaned anywhere? The 10.4 KM long stretch is like a canal, upstream of it is a dry river in most days and downstream is one of the most polluted stretch.

(Photos taken in September 2014 by author)