When on March 20-21, 2017, on the eve of World Water Day, India and Pakistan’s Permanent Indus Commission met in Islamabad for its 113rd meeting, there was a lot at stake besides the immediate issue or even the Indus Treaty.

In many ways, the Indus Treaty remains a bright spot in relations between these two neighbors and the treaty keeps bringing them back to the talking table…This is the magic of a shared river!

The Permanent Indus Commission, under the 1960 treaty between the two nations, provides an institutional arrangement for sharing information, cooperation and dialogue and also provides means to resolving questions, differences and disputes, as defined in the elaborate treaty in which the World Bank also has a permanent role. The World Bank and the US government played a role in arriving at the treaty in years leading to 1960 and in the current meeting too, it seems.

The 1960 Indus treaty[i] gives India unfettered rights to use the waters of three eastern rivers, namely, Ravi, Beas and Sutlej, while restricts India’s rights about irrigation, hydropower and storage in the three western rivers, namely Chenab, Jhelum and Indus. As the World Bank repeatedly says on its website, “The Indus Waters Treaty 1960 is seen as one of the most successful international treaties and has withstood frequent tensions between India and Pakistan, including conflict.”[ii] 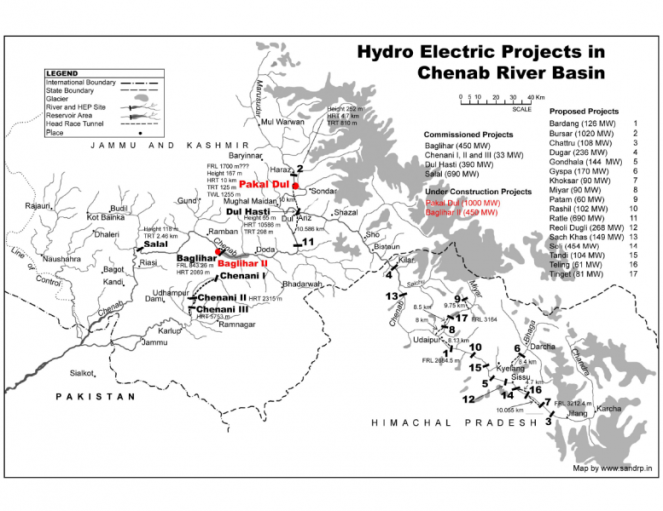 The Indus Commission meeting is now happening after almost two years[iii], since the July 2016 scheduled meeting was cancelled due to  prevailing tensions in the aftermath of the Uri and Pathankot attacks on Indian territory and Indian Prime Minister famously declaring that water and blood cannot flow together.

In the meanwhile, the questions by Pakistan on India’s 850 MW Ratle Hydropower project on Chenab river in Kashmir and the 330 MW Kishanganga hydropower project in Jhelum basin, have graduated to disputes as interpreted by Pakistan and differences as understood by India. So India asked World Bank to appoint a neutral expert, as provided in the Indus Treaty to resolve differences, while Pakistan wanted the World Bank to set up a Court of Arbitration for resolving the disputes about these projects. Now, it seems, following the current Islamabad talks, a secretary level (above the commissioner level talks that is now ongoing in Islamabad) meeting will happen in Washington under the aegis of the World Bank, during April 11-13, 2017 to discuss way forward on these two projects.

In the meantime, Pakistan has raised questions about three more Indian projects, namely, 1000 MW Pakal Dul project and 48 MW Lower Kalnai project, both in Chenab basin in Kashmir and the 120 MW Miyar project in Chenab tributary in Himachal Pradesh[iv]. In the now ongoing meeting, Pakistan has demanded designs of these projects and could raise objections on these in future. Media is also speculating about the impact of India’s proposed 1856 MW Sawalkote hydropower project[v], recently given environmental clearance.[vi] A widely reported story by Reuters on March 16, 2017[vii] questioned why India is pushing so many projects in Kashmir in a hurry, including Kwar, Kiru, Bursar, Kirthai I and II, Sawalkote Hydropower projects besides others. Some hawks who illogically connect India’s water crisis with Indus treaty and call to abandon it, calling the treaty as hubris and albatross are clearly barking up the wrong tree.[viii] 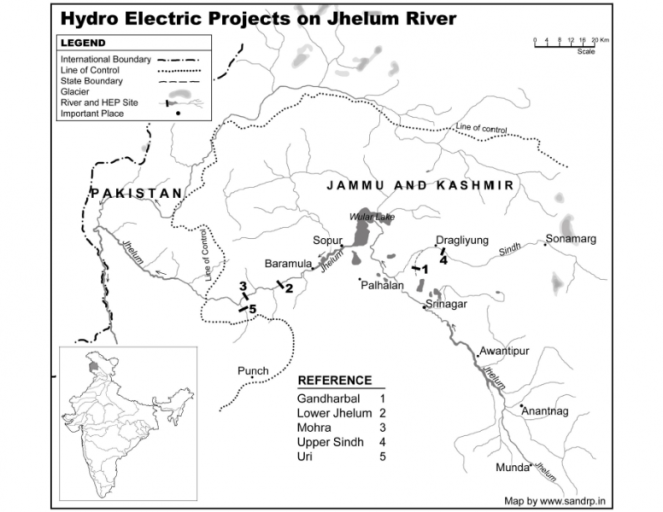 An interesting agenda for the current meeting of Permanent Indus committee is the proposal from Pakistan to monitor the climate change impact on the Indus tributaries. Paragraph 29 of Annexure G of Indus Waters Treaty mentions the international conventions and customary international law, which can be invoked in this context.[ix] The impact of climate change is already visible on these rivers and monitoring and sharing of information about this will certainly benefit both the countries and should be a welcome proposal leading to early action.

There are many issues that Pakistan faces in the Indus basin in terms of mismanagement of the huge quantity of water that the Indus treaty allocates to Pakistan. The people of Sindh, at the tail end of the river system within Pakistan, were marching earlier this month from March 1 to 14, demanding more water from the upstream states.[x] [xi]

The media here needs to play a more mature, balanced role. We need to ensure full and proper environmental, social and disaster impact assessments of each project we take up in this basin and also basin level cumulative impact assessments in case of multiple projects in the same basin. We also need to take the local communities and the larger state and civil society into confidence about these decisions.

In today’s  power scenario in India, when we have surplus electricity, when plant load factors of thermal power  projects are going down for lack of demand, when price of electricity in electricity exchanges has crashed several fold, when efficiency of our use of electricity is going up and can go up further and when the option of solar and wind is opening up in an unprecedented manner. When these options and existing projects can provide electricity at a lower cost and impacts and when our rivers, forests and biodiversity in fragile Himalayas need to be protected, also in the context of climate change, there is no undue hurry to push more hydropower projects in the Indus basin in particular and Himalayas in general.

When our impact assessments, consultations, appraisals, compliance and options assessment leave so much to be desired, unnecessarily hurrying the projects would not be in the interest of anyone, including people of Jammu and Kashmir, Himachal Pradesh or the rest of India.

The ECONOMIC TIMES on 230317 published a retraction:

[v] SANDRP letter on this project, endorsed by a number of academics from Kashmir, can be seen here: https://sandrp.wordpress.com/2016/01/14/open-letter-to-jkspcb-cancel-public-hearings-for-sawalkote-hep-for-violations/

One thought on “India Pakistan resume talks on Indus Treaty: Stakes are high”