Every day, Maharashtra is shaken by the news of farmer suicides in Vidarbha or Marathwada. On Dec 28, 2014 it was reported that 12 farmers in Vidarbha committed suicide in 72 hours[i].

According to P. Sainath, between 1995 and 2013 Maharashtra had the highest numbers of Farmer suicides in the country: An unbelievable 60,750 farmers committed suicide during this period. On average, 3,685 farmers in the state took their lives every year during 2004-13 and this meant over ten farmers’ suicides every single day these past ten years in a row[ii]. Most of these suicides are from Vidarbha and now increasingly Marathwada. It’s not for nothing that Sainath calls Vidarbha “the worst place in the nation to be a farmer”.[iii]

Although shaken by the news, people of Maharashtra seem to have become strangely used to the recurrent monotony of the situation. It has occupied TV debates and discussions, newspaper analysis, Parliamentary fights, editorial fights, etc., claiming the intellectual space in Maharashtra.

And yet, we seem far away from any concrete solutions. 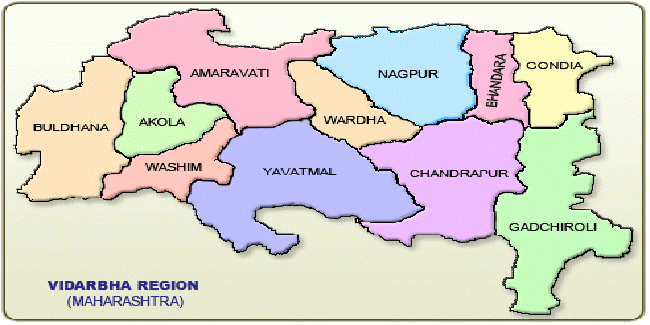 One of the reasons is that Agrarian crisis in Vidarbha and Marathwada has too many facets: National agricultural policies, Minimum Support Prices debacles, weak political leadership, lack of rational water policy, absence of irrigation, huge irrigation backlog, thirsty and expensive GM cotton, ever increasing cost of inputs like seeds, fertilizers and pesticides, diversion of irrigation water from farms to power plants & industries, bad crop insurance policies, hopeless revenue tools of arriving at farm losses (paisewari),  arm twisting by middlemen and the debacle of bazar samitis, issues with household economic management by farmers, opportunistic lenders and opportunistic leaders… and an indifferent society as a whole.

We all have had a role to play in making the situation bleak.

The impacts of the above are made starker by Climate Change, increasing pest attacks, decreasing micro nutrients in the soil and misplaced Relief Packages.

While this analysis  is not an attempt to decipher all underlying reasons of the current Vidarbha-Marathwada crisis -we do not claim the expertise in this- it is an attempt to understand and join the dots in the picture, especially related to water and climate change.

Agriculture in Vidarbha Vidarbha region of eastern Maharashtra comprises of 11 districts of the Nagpur and Amravati Division. These include Yavatmal, Akola, Amravati, Wardha, Buldhana, Washim, Nagpur, Chandrapur, Bhandara, Gadchiroli and Gondia. The region occupies 31.6% of total area and holds 21.3% of total population of Maharashtra. Mainstay of agriculture here is cotton, soybean, pigeon peas and chickpeas, most of these crops are rain fed. Due to a number of reasons like low rainfall, lack of irrigation, low micronutrients in soil, etc., the productivity of cotton of the region is lower than state (15% less) and national averages ( 46% less!).

According to Ministry of Agriculture, adoption of Bt cotton (nearly 100%), which is more sensitive to shortage of water in a region without assured irrigation and irregular rainfall, has made cotton cultivation a high risk –high cost cultivation system in Vidarbha.[iv]

About 14 lakh hectares of the region is under cotton cultivation and nearly equal under soybean. Farmers had opted for soybean in order to gain better prices as cotton prices were dismally low. This year, the yield of soybean has been hardly 1-2 quintal per acre according to Vijay Jawandhiya, expert of agricultural issues in Vidarbha.

Rainfall in Vidarbha in 2014: Although the region does not show a very sharp dip in seasonal rainfall the timing of this rainfall was crucial from the agricultural perspective. This also highlights the limitations of district-wise or tehsil-wise seasonal rainfall.

Soybean is a short duration crop of three months and almost all of soybean in Vidarbha is rain fed. First blow was the June rains.

June rains, imperative for both cotton and soybean, were 80-85% less than normal rainfall in the entire region, leading to a major crop failure. This also sharply increased input costs of seeds and labor as crop failure meant seed sowing twice or thrice. After June, the rainfall erratically increased at places causing loss to cotton and then again disappeared in the most crucial frond and fruit bearing stage for Soybean. This meant loss of yield to the extent of 80% at places.

But this important rainfall anomaly gets ironed out in monthly rainfall data.

Absence of rain during this phase also very adversely affected BT cotton. According to agriculture experts like Jawandhiya, nearly 100% cotton in Vidarbha is now BT. The crop has shallower rooting zone, needs consistent water supply and does not have the resilience to withstand water shortage.  Rain failure in June meant one more sowing cycle in July and buying BT seeds from the market. This, like soybean, sharply spiked the input costs. In fact, experts maintain that BT cotton has played an important role in pushing the input cost of fertilizers as well as pesticides, apart from seeds. In return, the yield of BT cotton has been the poorest in Maharashtra[v].

Adv. Balaji Yeavwar from Yavatmal told SANDRP, “After the first rains, rainfall disappeared for 15 days, then there was one very heavy bout and then again nothing for nearly a month, which was again followed by a heavy bout. And that was all. There was nearly no retreating monsoon showers which are so crucial for rabi.The heavy intense rains did not help the crops, nor did the long dry spells.”

This is highlighted from the fact that Nagpur District received less than 30% rainfall in June, more than 100 % in July which was formed mainly by one or two very heavy bouts and then again less than 50% in August!(Raw data analysed from maharain.gov.in). This pattern is repeated nearly all over the region.

In November, there was a bout of unseasonal rain, which affected cotton, without benefiting Soybean. This was repeated in December when there was more than 100% rainfall in Buldhana, Akola (521% of the normal rains!) and Amravati which further affected cotton. Soybean was nearly destroyed by then and many farmers ploughed back the crop on the farm as they could not afford harvesting cost[vi].

Minimum Support Price Debacle While the input costs of labor, cotton seeds, fertilizers, weedicides, and pesticides is increasing, the Minimum Support Price of Cotton has increased by a mere Rs. 50 from Rs 4000/ quintal last year to 4050 Rs/ quintal this year. This is made worse by the fact that procurement rarely happens at the MSP. The government procurement centers are looking for good quality cotton, which is rare to come by this year. The actual market procurement prices are at about Rs 3500, when they were about 5000 Rs. last year. In case of Soybean, the MSP has remained exactly the same as last year at 2560 Rs. /quintal! While the market procurement price was about 4500 last years, its fallen to about 3000 this year. The fall is too huge for the farmers. This is made worse by sharply declined yields of cotton and soybean.

So we have a situation where MSP has not significantly raised, market rates have crashed, costs of inputs is up sharply and the yield has collapsed. What more do we need to spell crisis?

Can we envisage such a situation for sugarcane? Would the politically powerful leadership ever let the sugar factories face this situation? We would have an immediate bail out (like we did in 2014), immediate funds for the sick industry and huge media attention but nothing like that seems to be happening in case of cotton or soybean.

In fact, the BJP (the party now rules the state and the centre) Election Manifesto had clearly mentioned: “(We will) take steps to enhance the profitability in agriculture, by ensuring a minimum of 50% profits over the cost of production[vii].” How can the government, with CM from Vidarbha region itself, then justify the almost nil rise in MSP and significant losses to a vulnerable group of farmers, forget 50% profit over costs.

Water and Vidarbha: Like the rest of state, irrigation is a clincher in the discussion on agriculture in Vidarbha.

Did the existing irrigation projects come handy at the time of crisis? No says Dr. Nilesh Heda from Washim who has recently initiated a farmer producer company. The larger projects hardly had the reach to these far flung farms. The ones which did play a role were malguzari tanks, smaller dams and village watershed measures which actually played a role in increasing soil moisture at crucial times. But these examples are few and far between to have made a big difference. Adv. Yeravar says that projects like Arunavati, Bembla & Adan made hardly any difference to the irrigation scene when it was most needed.

Large projects in the region like Jigaon project in Buldana or Gosikhurd in Nagpur are shrouded in cost and time delays and huge corruption charges, like all of Maharashtra. Significantly, in the entire dam scam discussion, VIDC stood out for its exuberant spending, poor quality work, lack of distributaries, lack of requisite environmental and forests clearances, lack of resettlement and rehabilitation of affected communities etc., further adding to the strife of communities.

Adv. Yeravar, himself a project affected of the Lower Penganga Project in Yavatmal, says that the project will displace 20,000 people, mostly tribals, from the comparatively better-off Penganga valley and instead of aiding irrigation, will actually add to the problems of the people. His logic is clear: None of the large dams around him are performing as promised, and it does not make sense to dsiplace an existing livestyle for something which has proved to be questionable, at best.

Resilient Rain Fed Farming: According to Jawandhiya, despite all the big dam dreams, it has to be accepted that around 80-85% of the Vidarbha region is rain fed and will continue to remain so in near future. There is an urgent need to address the problems of the present situation, without engaging in costly large dam and long distance distribution system dreams, which have failed throughout the state.

According to reports like ICRISAT, Climate Change is increasingly a reality in Vidarbha and Marathwada regions[viii]. IPCC states that Extreme Weather Events are on a rise. IPCC Assessment 5 says that rainfall will become more erratic, rainy days will reduce and intensity of rainfall will increase. All this is already being experienced by the Maharashtra farmers. All this also do not bode well for rain fed farming in Vidarbha and Marathwada regions.

As SANDRP showed after the March 2014 hailstorms[ix], Maharashtra does not have even the basic State Action Plan for Climate change, despite having spent considerable amount of the Plan and having ‘meetings after meetings’ for the past nine years. At the just-concluded Climate Summit in Peru, Indian government once again failed to draw attention to climate change victims and demand compensation for their losses.

The farming situation in Vidarbha and Marathwada is dismal. It calls for targeted efforts and solutions from all fronts, from agricultural policies to irrigation benefits to addressing issues of climate change. First step may be to increase MSP and make it commensurate with input costs and appropriate profits, as was promised by the BJP before coming to power. This is a basic right of the farmer, and not an aid by the government like debt waiver.

Next steps can be complete focus of water resources development on local watershed structures, on-farm methods like farm ponds, market linkages and processing industries, targeted efforts of climate change in order to increase mitigation and adaptation capacities of farmers in Vidarbha.

But for now, most of Vidarbha continues to remain “worst place for being a farmer”.

8 thoughts on “Vidarbha: “The worst place in the nation to be a farmer?””