On the eve of International Day of Action for Rivers (14th March), more than 1500 people gathered on the Ganeshpal Island in the Shalmala River. The mood was upbeat and there was spring in each step, young and old. The crowd was made up of a remarkable majority of women, all of them with flowers in their hair. There were barefooted farmers, planters with gardens along the river, priests in dhotis clutching files full of river protection stories, swamis who were to deliver a tough message, researchers working on rivers, tribal groups who venerated the Shalmala and after 5 pm, even school children who splashed around in the river! The densely forested river banks were decorated with garlands of flowers and mango leaves and there was a local band drumming rhythmic beats.

The gathering was here to celebrate the lovely Shalmala River, a life giving resource to these villages. On one of the boulders inside the river was a painted notice: “If anyone tries to destroy our environment and rivers, we will NOT allow it”

They were unaware that this remarkable local phenomenon was resonating with a similar global endeavor. That the International day of Action for Rivers celebrates just this spirit: of protecting, celebrating and fighting for our rivers. Residents along Shalmala have been taking action for their river for more than 10 years now.

Shalmala River, as the name suggests, evokes lyrical beauty and magic. This small river is a tributary of the West Flowing River Bedthi of the Western Ghats, in Uttar Kannada District of Karnataka.

Bedthi herself is a special river. In the 1980’s when the Karnataka Power Corporation Limited announced its proposal for damming this river for a hydroelectric project, the resultant protest movement brought together myriad groups from Uttar Kannada led by Panduranga Hegde, Ananth Hegde, researches , economists, scholars and activists like Sundarlal Bahuguna, Vandana Shiva from across India. Like the Narmada and Silent Valley struggles, Bedthi struggle helped lay the foundation stones of an informed discourse surrounding dams and rivers. While it talked the language of a local peasant who did not want his land to be submerged and his river to go dry, it also talked the language of a scholar working on cost benefit analysis and ecological goods and services. The movement is an inspiration to many because the Bedthi still flows freely and the dam is all but scrapped, bowing to the opposition. 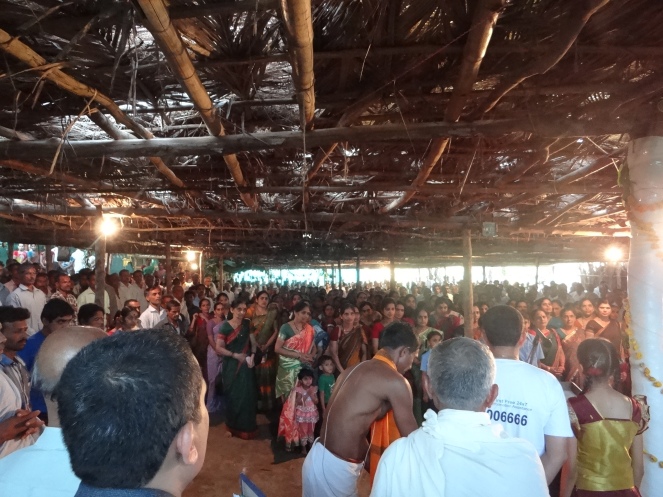 Shalmala, a smaller tributary of Bedthi is no less special. For one, it is one of the very few protected rivers in India. Following untiring research and advocacy by Bhalchandra Hegde and local communities and with support of Forest Department Officials and erstwhile Chairperson of Western Ghats Task Force Ananth Hegde Ashisara, Shalmala the river has been protected through constitution of Shalmala River Riparian Conservation Reserve in June 2012. With Shalmala River Riparian Ecosystem Conservation Reserve, Uttar Kannada now has 4 CRs under its belt: all of them protecting important rivers in the region, without affecting local traditional use. These include Aghanashini-Lion Tailed Macaque Conservation Reserve, Bedthi Conservation Reserve and Hornbill Conservation Reserve along the Kali River. Several researchers like Dr. TV Ramchandra from IISC, Dr. Praveen Bhargava, Politicians, Swamijis of local Matths, and importantly the local population have supported this cause.

Conservation Reserve is a new concept in the rigid framework of Protected Areas under the Wildlife (Protection) Amendment Act of 2002. The novel part of these reserves is that they seek to protect habitats that are under private ownership also, through active stakeholder participation. They are typically buffer zones or connectors and migration corridors between established national parks, wildlife sanctuaries and reserved protected forests in India. They are designated as conservation reserves if they are uninhabited and completely owned by the government but used for subsistence by communities, and community reserves if part of the lands are privately owned. Administration of such reserves would be through joint participation of forest officials and local bodies like gram sabhas and gram panchayats.

Shalmala Conservation Reserve was declared in June 2012 through a gazette notification. It encompasses more than 15.9 kms of the Shalmala River, with 100 mts riparian buffer on each bank. The reserve starts at Sahasralinga and culminates at Ganeshpal, the island where the rally took place. Just downstream Ganeshpal, the river takes a plunge down a steep gorge to form the Ganesh falls. From here, the boundaries of the Bedthi Conservation Reserve begin.

One of the important arguments in the proposal for conservation reserve is the unique cultural value of Shalmala River. At Sahasralinga, one is awestruck to see hundreds of Shivlingas carved on the bedrock of the river. The river itself is a temple, with carvings of Shivalingas, Nandi (Basaveshwara), Garuda, deeps and inscriptions. There is a huge pilgrimage here on the occasion of Shivratri.

Hydel Project in the Conservation Reserve

Even as the conservation reserve was declared in June 2012, Karnataka Renewable Energy Development Limited (KREDL) has allotted a 24 MW Hydel project right inside the conservation Reserve across the Shalmala! This 24 MW Ganeshpal hydel project by KARE Power envisages a trench weir as well a dam to store and divert water away from the river. The proposed location of the weir is just upstream of Ganeshpal isalnd. The project envisages a 4.4 kms long Head race tunnel to divert water from river to the powerhouse. The powerhouse is planned to be at the foot of the waterfall.

Through this tunnel diversion which will need blasting in the river bed and riparian zone, nearly 5 kms of the rivers well as the Ganesh Falls will be rendered dry. As a trench weir is proposed, there is no possibility of releasing eflows.

The Ganeshpal Island, where the rally took place will be exposed, without a river caressing it and Ganesh Falls will dry up. The project also envisages a 15 kms long transmission line to the power station and most of this area is under forest. In addition, the DPR of the project plans  for construction of roads to the weir, powerhouse and tunnels as well as workers colonies and rest house with recreational facilities. If materialised, this small hydel project which does not legally require an Environment Impact Assessment or Public Hearing, will destroy the Shalmala Conservation Reserve.

The local people are opposing this project with all their might. One of the resolutions of the rally was an appeal to the government to install solar power projects in Uttar Kannada in non-forest regions, which will be heartily supported by locals, but to leave their river alone. It is understandable. The economic, social and cultural ethos of the region is very strongly linked to flowing rivers. People worship rivers, they fish from them, use water for drinking water needs, diver streams for irrigation g their lands and look upon the rivers in awe in the monsoons.

The protest rally was organised and addressed by Sri. Ananth Hegde Ashisara, past Chairperson of the Western Ghats Task Force and past member of the State Wildlife Board, noted economist B. Kumarswamy, Dr. Subhashchandra from IISC, Bangalore, Adv. Shankar Bhat from Bangalore, Parineeta Dandekar from SANDRP and Shri. Karunakar Gogate from Hosamat, Dakshin Kannada. Shri. Gogate shared now Kukke hydel project planned in his region has not disclosed even its submergence details after 3 years of being told to do so by the government. Incidentally, Kare Power Projects which is proposing Ganeshpal Hydel,  is constructing the Thangarabalu Hydel Project across Krishna in Gulbarga and here too, the company has not shared submergence details for a dam as high as 22 meters!

The meeting was presided over of Swamiji of a Svarnavalli Matth. He is locally known as the Green Swamy. Rather than going into religious sermons, Swamiji told the people: “Along with Shanti Mantra, now is the time for Kranti mantra. Do not let project developers who have no link with your river, come here and destroy it. We have a duty towards our river and we will fulfil it.”

More than 1500 people stood and vowed to protect Shalmala river and their entwined lives in days and years to come.

After the rally, school children splashed about in the river, researchers went for bird watching along the riparian stretch, farmers returned to their gardens to water their crops and the elderly sat down on the river sands for a gossip.

The Shalmala flowed by serenely. May this flow continue…