I was looking at a piece of blue sky, from the insides of a step-well. The well was stunning. Perfect. An example of appropriate technology which blended with its surroundings while enhancing it. “This is beautiful” I exclaimed as I climbed up, exhibiting all my city-bred exuberance. An old lady sunning herself next to the well looked at me with sad eyes.  “Yes. But a well is not a well without water. This well has not seen water for the past two years.”

Wells in Marathwada, like the region itself, are beautiful and poignant. Marathwada’s dry wells are also a reminder of the mistakes we’ve committed, of how we’ve plundered with what we have or had.

I  went to Solapur and some parts of Marathwada, armed with sobering facts about the debilitating drought, dry rivers and wells, water conflicts, etc. While all that holds true and the region is reeling under unprecedented monsoon failure for the last two years, I came back with a picture that is not all bleak. There are positive signs: from the past as well as the present. However, I was once more taken aback to see our deep and unflinching dependence on groundwater. In a state where percentage of  cultivated area irrigated by dams is in a single digit and records no growth, it is groundwater that forms the lifeline of the majority. 71% of irrigated area in Maharashtra is irrigated not by the large dams for which we spent thousands of crores, but by groundwater, a lifeline that we have refused to recognise as such. Most of the village drinking water supply schemes also depend on groundwater. And this is the same sector which is entirely unregulated at present, use is unsustainable and we risk to lose it totally.

Marathwada sits on impermeable Basalt, deeming any considerable water recharge impossible. This maybe one of the reasons why old dug wells built here are pretty shallow: about 50-60 feet deep.  The current groundwater situation is bleak: In as many as 247 villages of Marathwada, groundwater draft has exceeded recharge to such an extent that some of the aquifers have gone completely dry. According to wells monitored by GSDA (Groundwater Survey and Development Agency), the trend is steeply falling groundwater as compared to 5 year averages for all districts. In some parts (Basmat taluk, Hingoli District) the fall is over 7 meters of the 5 year averages. Same is the case with Solapur even as collector Tukaram Mundhe tells me that the district has over 200,000 Wells, including borewells.

A ubiquitous phenomenon that I could see was storing tanker water or borewell water inside dugwells, turning the giver to an intermediate receiver. This is done mainly because bore well supply as well as the electric supply are erratic and storing water in a shallow well is reassuring this way.

But Marathwada is also a repository of stunningly beautiful step wells called “Baaravs” which have intricate rules of use. Historian Saili Palande-Datar says that several wells from Early Medieval to Medieval period are found across Marathwada, with stunning architecture. As groundwater levels fall, most of the wells are now dry. Once dry, they are neglected and are encroached. When the wells were brimming with water, they were revered and had a unique intricate code woven around them. As Ashok Pawar tells me about the step well his Great-grandfather built, you were not supposed to enter the well without taking a bath, littering was strictly not allowed, first “Ghadaa” (pot) of water pulled up was to be offered to the Gods in the well itself.

While unsustainable and unregulated use, inattention and destruction to recharge mechanisms, changing rainfall patterns and droughts have played a role in the demise of these appropriate structures, it is also true that they have been neglected. They found no place in programs like JalYukta Shivar or any other such programs.

We hope that old and historical wells of Marathwada are restored and rejuvenated through new programs like Jalyukta Shivar, which should include well recharging initiatives. Let us also hope that wise water management, attention to existing and increasing  groundwater recharge, saner cropping patterns and some resoundingly good monsoons will make Marathwada’s historical wells full of water and positive energy again. Marathwada’s wells are a rich legacy of Maharashtra and India.

A snapshot of some wells in Solapur and Marathwada: 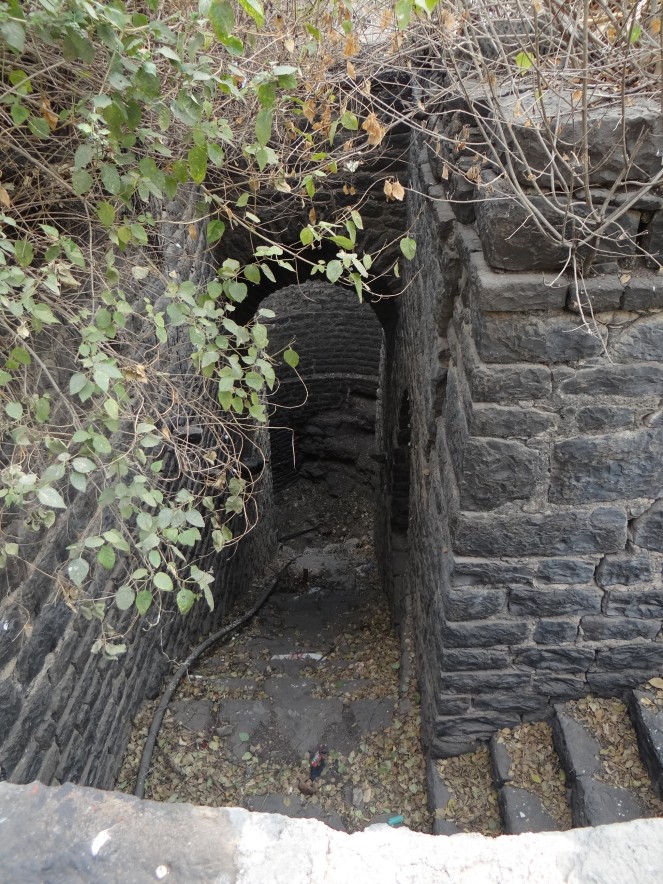 Some of SANDRP’s earlier reports on Groundwater and Marathwada:

One thought on “Beautiful but Dry: Dug-Wells of Marathwada in the times of drought”