This week, there was news that Nepal and India have agreed to ‘strengthen’ the embankments on shared rivers like Bagmati, Kamla and Khando in a bid to control floods. “Both the countries have already agreed to strengthen embankments of Bagmati, Kamla, Lalbakeya and Khando rivers and extend the embankments along these rivers to higher ground in Nepal to control spilling of flood water,” Water Resources Minister Harish Rawat said” (http://economictimes.indiatimes.com/news/politics-and-nation/india-nepal-agree-to-strengthen-river-banks-to-avoid-floods/articleshow/19035269.cms)

Now while we are busy building our embankments higher and higher, one of the most flood prone country in the world: The Netherlands is doing something drastically different. Through its ‘Room for the River’ Program, Netherlands is actually leaving spaces for floods to spill, and minimise the damage, rather than building higher and higher embankments. 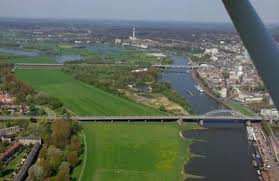 “After 800 years of building dikes, we’ve been making them higher and higher,” said Gert-Jan Meulepas, project manager at Royal Haskoning, an engineering and environmental consultancy that developed the project. “But if something goes wrong, the damage will be greater.” (http://www.scientificamerican.com/article.cfm?id=how-the-dutch-make-room-for-the-river)

With Climate Change and extreme weather events a reality, the focus in Europe and America has shifted from making ‘Zero Failure’ infrastructure to infrastructure that is ‘allowed to fail’ with other protective measures in place like flood dissipation, protected floodplains, alert disaster management, etc. “Designing projects so they are safe to fail,  is often cheaper and more efficient, Kirshen believes. A community might opt to build a dam designed to contain up to a 100-year flood, then develop a comprehensive evacuation plan for the surrounding area in the event of a more severe flood. This strategy anticipates that the dam may not control extreme flooding, but adds other protective measures for higher levels of safety.”http://www.climatecentral.org/news/for-engineers-climate-failure-becomes-an-option-15769

One of the best examples of this flexible management is the Yolo Bypass in the Sacramento Basin in California. Yolo Bypass actually accumulates floodwaters in case of extreme floods and is used by water fowl and wildlife. It is the largest public/private restoration project west of the Florida Everglades. The entire bypass forms a valuable wetland habitat when flooded during the winter and spring rainy season. In the summer, areas of the bypass outside the wildlife areas are used for agriculture.(http://www.yolobasin.org/wildlife.cfm) 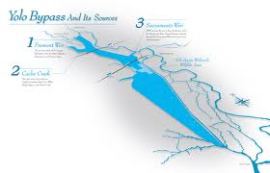 India and South Asia on the other hand, though facing severe threats from climate change and floods and with a history of embankment breaches are refusing to learn lessons. The recent discussion about strengthening embankments between India and Nepal seems to be  a result of this mindset which is not flexible to include ecosystems, goods and services of floodplains and climate change challenges. 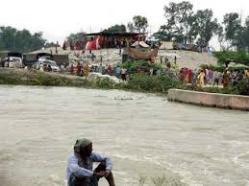 Shri. D. K. Mishra jee has written extensively about embankments and floods in Bihar. His latest book on Bagamati: https://sandrp.in/pub/River_Bagmati_Bounties_Become_A_Curse.pdf 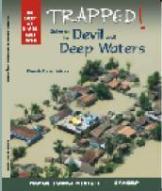