That question may sound slightly irreverent and irrelevant. 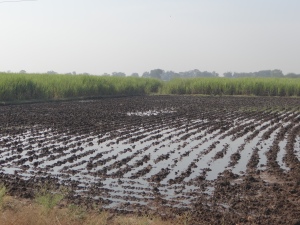 So with the highest production, high yield and high recovery rate, there should be no question of efficiency of Maharashtra sugarcane crop.

Table 1. Basic parameters of sugarcane crop in Maharashtra in 2011-12

Of the four sugarcane cultivation methods prevalent in Maharashtra, Ratoon is most popular with 40% cane area under it, possibly since it has shortest duration at 11 months, fitting almost perfectly with the annual Oct to March cane crushing season. Same can be said about Suru method, having duration of 12 months and coverage of 20%, both methods requiring 22.5 irrigations, each of 7.5 cm depth. Adsali method has the highest yield and recovery rate, but only 10% of the sugarcane area is under this method, possibly since it has the longest duration at 17 months. It is most water intensive, requiring 32.5 irrigations. Pre-seasonal method, as the name suggests, is planted about 2.5 months before the season, and stands between Ratoon and Adsali in terms of duration, yield and recovery rate. 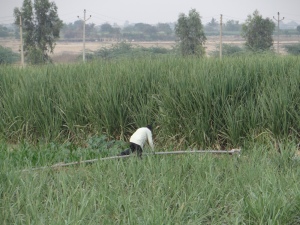 Water Productivity The latest report from CACP from which the above figures are taken, however states that land productivity alone does not give correct picture, “…as land and water are increasingly becoming scarce in India with high opportunity costs. Therefore, the real resource cost of growing sugarcane in different regions cannot be correctly compared unless land productivity is normalised for the time duration of crop, its water intake, and its recovery rate.” To make such a comparison, CACP made a table, a part of which is given above in Table 1. 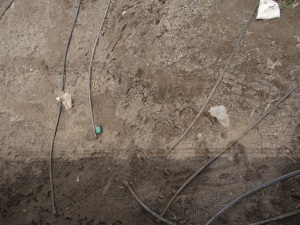 How is this possible? The reason why sugarcane productivity of UP in terms of water is higher is simple: UP sugarcane crop is of shorter 9-10 months duration and requires only 7-8 irrigations, approximately less than once a month. As against this, Maharashtra sugarcane crop requires irrigation every 15 days and that too for longer duration. To put it another way, while on average Maharashtra needs 25 irrigations for sugarcane crop, UP needs 7.6.

Water required per kg of sugar The CACP report further calculates that in Maharashtra every kilogram of sugar needs 2068 litres of water, where as in UP the requirement is almost half, at 1044 litres. This is indeed a telling figure. Add to it, as CACP report puts it, “real cost of water in Maharashtra is at least 2 to 3 times higher than that in UP”.

This analysis is very relevant for a state like Maharashtra that has much lower rainfall and per capita water availability compared to northern states like UP and Bihar. It is even more relevant when 79.5% of Maharashtra’s sugarcane is grown in drought prone districts as we showed in another blog.

How sugar mills lock up Maharashtra’s water future Considering water becomes even more important, looking at the kind of impact sugarcane cultivation is having in Maharashtra this drought season. Here it may be recalled that sugarcane is a long duration trans-season crop that has implications for water consumption beyond the point where decision for planting is taken. So even if the rainfall is normal or above when the crop is planted, the same crop will continue to have high water demand in the following year when it may be drought year. This creates really serious implications for water availability in the drought year particularly in drought prone, low rainfall areas. The impact on water available becomes even more serious in a state like Maharashtra where sugar mills are set up irrespective of water availability, violating the norms of distances, where sugar factories operate at way beyond their sanctioned capacity, where they violate the norms of no more than 5% of cultivable land under sugarcane, they dump untreated effluents into water bodies, thus polluting the water in such water bodies and so on. The lock in becomes even more stronger with the setting up of sugar mills, since their owners would like to get maximum cane every year, irrespective of water availability situation. 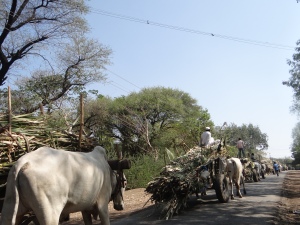 The CACP report says Maharashtra is further worse off in terms of cost of providing water for sugarcane, “If this costing is included in calculating water productivity, the difference in sugarcane yields will be so high that, Uttar Pradesh and presumably Bihar, would turn out to be the most efficient producers of sugar per unit cost of water, adjusted for time duration and recovery.” CACP goes on to say that Maharashtra sugarcane grown on 3% of the total cropped area of the state, takes away 60% of irrigation water in the state, “leading to massive inequity in the use of water within the state”. These figures might be slightly outdated considering the expansion of sugar factories and sugarcane cultivation in recent years.

Band aid solutions won’t help One recommendation CACP report makes for Maharashtra is that much of sugarcane in the state must be brought under drip. Even the Chief Minister of State and the Union Agricultural Minister has made same recommendation. We are not sure if this is really a solution since this is unlikely to curb the unsustainable levels of sugarcane in drought prone districts of Maharashtra, considering the politics involved in the issue with large number of politicians owning sugar factories.

As per the Maharashtra Economic Survey figures for last two years, Maharashtra has provided subsidy for drip irrigation in 5.68 lakh ha and for sprinkler irrigation in 2.33 lakh ha between 2005-06 and 2011-12, thus providing subsidy for covering 8.01 lakh ha for these two techniques in these seven years. However, we see no impact of so much area under the drip and sprinkler irrigation on water situation in the state, nor do we see much of sugarcane under drip. State institute like the VSI does not even know how much sugarcane is under drip even though it has a section just for drip irrigation. More investment in drip for sugarcane is likely to give reasons for expansion of sugarcane empire in drought prone districts, in addition to opening the doors for more corruption.

Another method called Sustainable Sugarcane Initiative can help the farmers to produce at least 20 per cent more sugarcane, and that too with 30 per cent of reduced water consumption and 20 per cent less chemical inputs. CACP report, though is silent on this. 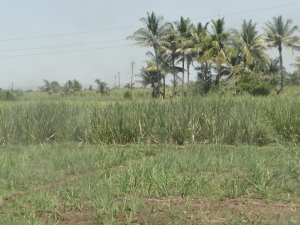 Maharashtra faces a very challenging water future even if all these steps are implemented. Its water future is very bleak if no serious move is made in this direction.

2 thoughts on “How Efficient is Maharashtra’s Sugarcane Crop?”